Often working from the perspective of contemporary design practice, regular collaborators Onkar Kular and Noam Toran have produced a number of research-based experimental projects that consider the relationship of objects to human subjectivity. Through installations and archival-style displays, they examine how our relationship to objects in our daily lives plays an important role in the formation of our memories and our sense of selfhood. They employ a distinct narrative approach that is filmic in style, portraying fictional or semi-fictional characters who develop the capacity for unusual subjectivities and stories told through the inextricable relationships they have with numerous particular artefacts.

I CLING TO VIRTUE

2010, in collaboration with Keith R. Jones

I Cling to Virtue constructs a historical narrative describing the intricate trajectories of the Lövy-Singh clan, a fictional East London family of mixed Jewish and Sikh descent. The project uses the grand historical, literary and cinematic traditions of the family saga, and was developed by the artists mixing their own genealogies along with those of affluent 20th century families, both real and fictional, such as the Kennedys, the Magnificent Ambersons and the Rothschilds. Alongside two short videos, a museological display of ghostly objects are the focus points for the narrative, each possessing a short written description of their role in a significant memory. Narrated by the youngest-born Monarch Lövy-Singh, the work proposes not a single, coherent story of his family or the century through which they lived, but rather one that is multiple and fragmentary. (NH) 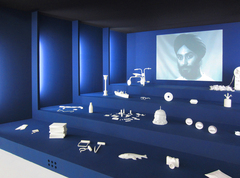 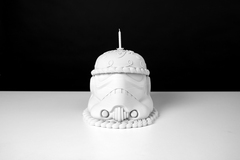